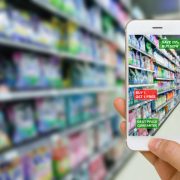 There are so many innovators who give birth to a breakthrough idea only to realize that the hardest part is yet to come. It is one thing to have an eureka moment (or develop, for example, an innovative business model in a syste­matic FEI process), and another to make your organiz­ation find your innovation as striking as you do – let alone to implement it and make it work for your company. In the following, we want to spark a discussion about how we can provide innovative minds with best-practice methods and instru­ments that help them put their ideas through. By Dr Friedhelm Böttcher and Michael Riedemann

Struggling against invisible walls as a corporate innovator …

Given that innovation is indis­so­lubly intert­wined with change, part of innovation failure can be under­stood as lack of prepa­redness for change. As John P. Kotter, a well-known leader in the fields of business, change, and leaderships has stated it, the success rate of change processes and initia­tives is at merely 10 percent[1]. Experience shows, that specially those concepts fail that go beyond tradi­tional business – and are beyond the minds of many decision-makers and coworkers. Too often, it seems to be almost impos­sible for innovators to penetrate the invisible walls of silo thinking and well-estab­lished routines. One the one hand, these routines and thinking habits facilitate management (and tearing down the walls can mean tearing down profit). On the other hand, silo thinking can lead to a serious loss of agility, capability to adapt change, and ability to generate future growth. Weighing the immediate risks for business through change against possible risks that lay ahead in the (seemingly) distant future, decision makers often tend to rather avoid current risks and threads than future ones. Which is quite under­standable, but not very wise, given the ever-incre­asing speed of trans­for­mative change. The future becomes now, and future risks are immediate risks. Consi­dering the “what-if” too long can put the entire company at stake in almost no time at all.

Another important, and very concrete, reason for innovation failure is that – especially SMEs – simply lack the resources to success­fully conduct innovation and change processes. Under­standing their limita­tions, these companies often seek to close the innovation gap and compensate their lack of agility through acquiring promising start-ups that seem to fit their business model. But M&As of start-ups are far from being a no-brainers. After all, companies must consider many things in order to make the acqui­sition a success with regard to increased agility and innovation capability. They must always keep in mind that not all start-ups are able to develop their business model by their own efforts. Very often, they need to be supported by the core organiz­ation as well as to be provided with access to vital resources, business know how, or business networks. Furthermore, they need help in developing organiz­a­tional struc­tures. But this only one side of the coin. The other side is that the core organiz­ation must be willing and able to adopt innovation, accept change, and exchange with the start-up to transform novel ideas into successful innova­tions. Like internal innovators of an estab­lished company, incor­po­rated start-ups must be enabled to overcome hurdles to innovation through exchange and commu­ni­cation.

Today, it has almost become a common­place that commu­ni­cation is key to innovation success. The trouble with the term ‘commu­ni­cation’ is, as Dehm and Bormann have pointed out, that it allows a nearly endless number of different inter­pre­ta­tions. The most common miscon­ception about commu­ni­cation is based on the classic sender-receiver model, thus mixing it up with infor­mation. Experience shows that is not enough to provide internal target groups with compre­hensive infor­mation about change processes and innovation initia­tives to motivate them to think outside the box, become involved, and colla­borate in an unbiased manner. [2] It is, on the contrary, much more likely for them to develop resistance against any innovation project if you came up with page-strong (doubt­lessly highly infor­mative) instruction manuals or guide­lines telling them what to do or to change next. In the worst case, such a manual would share the fate of many works of J.P. Kotter, who exclaimed in despe­ration: “They won’t read the book!“[3] If we agree that commu­ni­cation should be more than infor­mation, how shall we under­stand it in the age of conti­nuous change driven by new techno­logies? One possible answer to how we can re-define commu­ni­cation is: Let’s start and keep asking the right questions – before coming up with turnkey solutions. Let’s ignite a dialog about how to reinvent commu­ni­cation that has all the makings of a solution for overcoming the hurdles to innovation and bridging the commu­ni­cation gaps between innovators, decision makers, and company sectors.

Some questions as an invitation to dialog

The complexity of our world with its highly complex tasks requires new forms of cross-sector, cross-industry, cross-border colla­bo­ration. No company, no organiz­ation, no industry is an island. We all depend, and will incre­a­singly be depending, on dialog-based commu­ni­cation, one of the most important instrument of which is asking questions to trigger exchange. Here are some questions about commu­ni­cation we consider useful. Each of them is an invitation to dialog.

Did the authors of this article forget something? Do you agree or disagree in some points regarding innovation and change issues as described? What are your or your company’s experience in the field of innovation and colla­bo­ration between innovators and managers? We look forward to exchanging with you and colla­borate with you in finding answers on most pressing questions.

Please feel free to join our discussion on futurebizz.de. You will also get the oppor­tunity to take part in our next Think Tank on the topic of “How to implement innovation in business?” More infor­mation will follow soon. 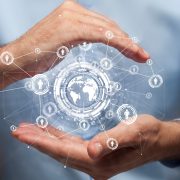 Inter­con­nec­tivity is incre­a­singly impacting businesses and consumers at various levels. The spectrum of possi­bi­lities ranges from connected products, production processess and facilities to the inter­con­nection of people in all profes­sional and private environ­ments.

The project “Digital Living” helps gain a compre­hensive overview of develo­p­ments and conse­quences for companies. They are discussed and illumi­nated from different angles.

The spectrum of contents includes e.g.:

• How does the overall trend of “inter­con­nec­tivity” affect products used by people or product develo­pment?
• Which consumer needs and concerns are affected?
• What is the conse­quence of the trend for companies and how can they respond or adapt to it?
• How can we deal with techno­logies that make decisions of their own?
• Which techno­lo­gical standards can be identified?

The develo­pment of urban centers and struc­tures is one of the megatrends that will parti­cu­larly impact the way people live in the future. Depending on regional and cultural circum­stances, this does not only apply to the develo­pment of megacities, but to all forms of urbaniz­ation.

The megatrend of urbaniz­ation is closely linked to a number of other trends that are not only related to new forms of urban culture, but also to many other aspects of how we live and work. Here, some keywords are “urban farming”, urban industries, trans­por­tation of people and goods as well as “urban mining”. This also includes the design of material cycles as a logistical task as well as the effective use of resources and raw materials.